Blowfly strike results from the opportunistic invasion of living tissue by the larvae of greenbottle flies, blackbottle flies and bluebottle flies. Primary flies such as greenbottles initiate strike on living sheep with soiled fleece or wounds, while secondary flies such as bluebottles and blackbottles only attack areas which are already struck or damaged. This is usually a condition seen in the summer months, however due to climate change the risk period can be from March to December in lowland areas. The entire life cycle from egg to adult can occur in less than 10 days in optimal conditions so it's something that can develop pretty quickly! 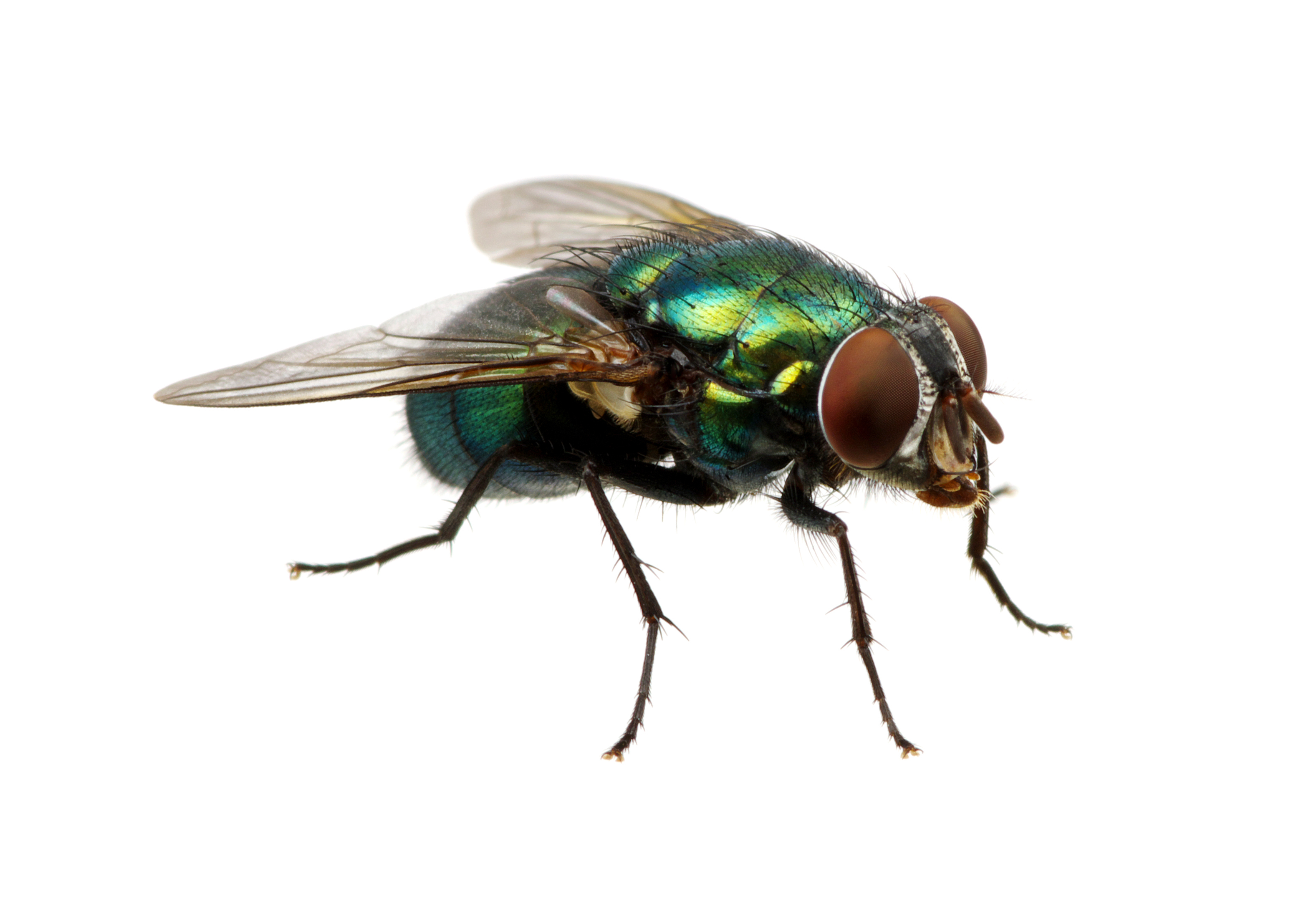 Adult female flies deposit eggs on dead animals or soiled fleeces and eggs hatch into first stage larvae within about 12 hours. These larvae feed on skin and faecal material, becoming mature third-stage maggots in as little as 3 days if temperature and humidity are at optimum levels. Third-stage maggots then drop to the ground and pupate; mature flies emerge after 3 to 7 days between May and September. Flies can over-winter in the soil as pupae and emerge as soil temperatures rise during the spring.

Maggots are active and feed voraciously, causing skin and muscle damage by secreting enzymes. Secondary blowflies are attracted by the smell of decomposing tissue. Toxins released by damaged tissues and ammonia secreted by the maggots are absorbed through the lesions into the sheep's bloodstream, causing illness and death in severe cases. Secondary bacterial infections are common and may also cause death if untreated.

Blowfly strike is a major animal welfare concern: an average of 1.5% of ewes and 3% of lambs in the UK may be affected each year, despite preventative measures undertaken by most farmers. This number will be much higher if no control measures are adopted. At least 75% of sheep farms report cases of blowfly strike each year. Flystrike of foot lesions causes severe non-weight bearing lameness, compounding the welfare implications of lameness alone. Death can result in neglected cases, with mortality associated with fly strike estimated at 5% of affected animals.